I have to establish this recipe by saying that my husband is from France and in Europe they don’t use Cinnamon at all.  To them it is like having curry for the first time and not having a penchant for it.  In the 15 years we have been together he never allows me to use cinnamon. We decided that I would begin eating more of the things I am not familiar with if he would try some as well. As a side note, this man will eat anything, he likes snails, mussels, any seafood that you put in front of him but he can’t stand Cinnamon. LOL Tonights’ meal he asked me what it was while I was preparing the ingredients, he then said not to add the cinnamon, I said I would cut it in half (Just a tiny white lie) I prepared the following meal to rave reviews from the entire family, and particularly my Husband who affirmed that he now will look at cinnamon in a new way and not so worried about trying it more often.

Prep time is about 15 minutes.  Cook time is between 45 and 55 minutes, I cook longer for the fall off the bone meat, you can cook a minimum of 45 for a firmer meat, still with a very moist outcome.

This fed 5 of us and I used the leftover meat from the chickens we cut apart earlier in the week to save some money.

(you could substitute shrimp, just  don’t add until the end of the cooking of the sauce so you don’t overcook the shrimp)

I also included all the meat I could remove from the chicken and reuse.\

3 cups chicken broth. (I did not have any so I used Better than Chicken Seasoning with water) 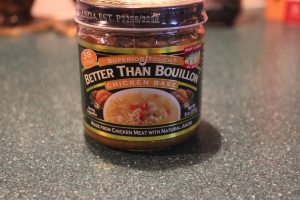 Heat the oil in a Dutch oven (Large pan) on medium high heat. Add the chicken that has been rubber with the garlic salt and pepper, brown for about 2 minutes per side 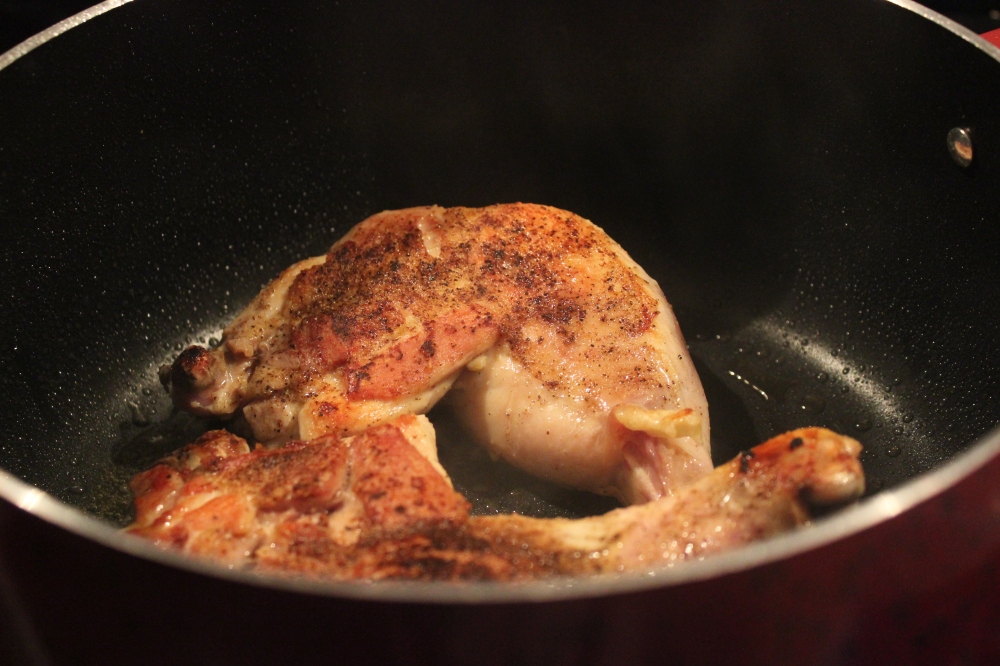 and set into a casserole dish (they will be very raw still) Add the onions to the pan and cook for 2 -3 minutes until translucent and add the garlic cooking for 1 minute more. 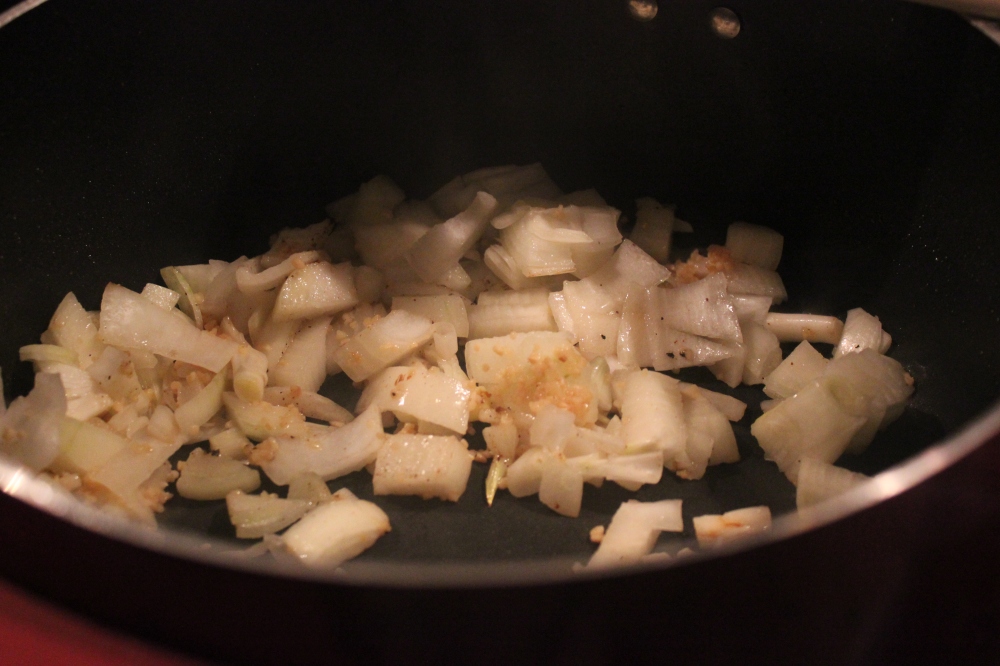 Stir in the tomato paste and chicken broth with the seasonings heat through. 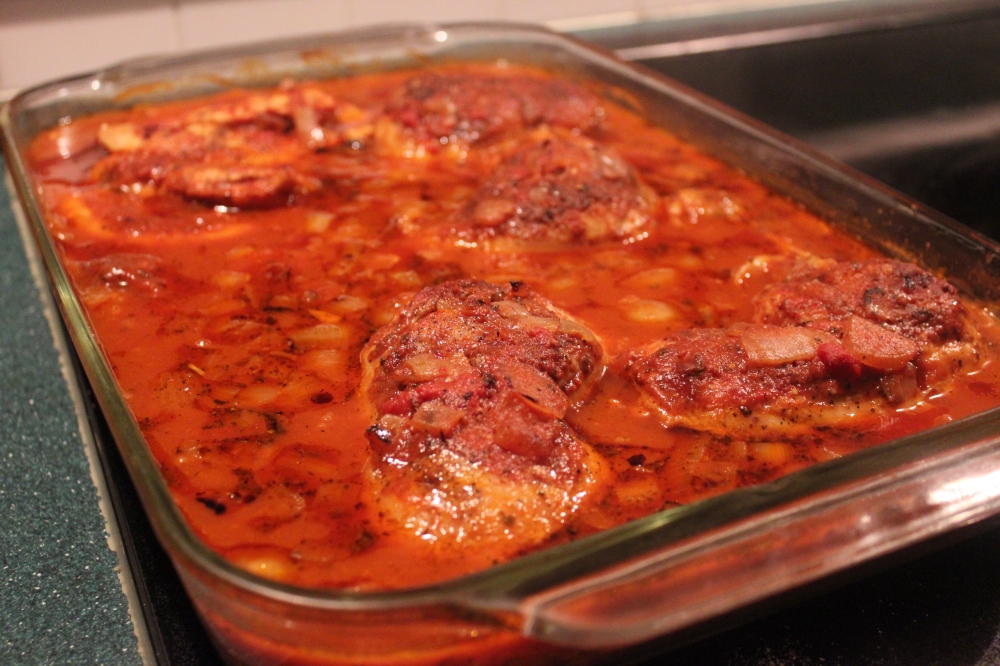 Pour over the chicken cover tightly with foil and bake at 350 for at least 45 minutes. As I stated I cooked it for almost an hour.

I served with a side of Orzo. 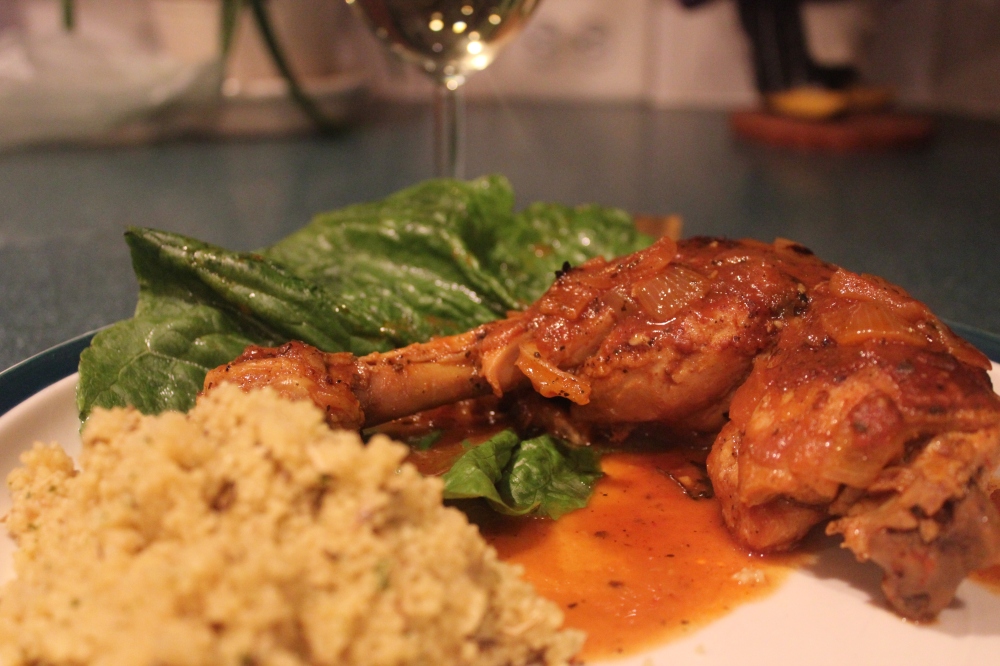